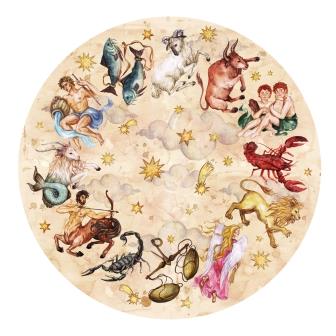 When it comes to astrological signs, we don’t very often talk about the Zodiac Shadows attributes. Put another way, these are the negative aspects that are associated with any particular sign of the zodiac.

The Aries sign can struggle to say no, sometimes they mean no, but don’t want to actually say it, often leading to procrastination over answers. Sometimes you will get an agreement purely for a quiet life, but then they often don’t deliver on the said promise!

Taurus hold a grudge! They neither forgive nor forget. When they are angry about something, they tend to hide it and then let it fester, leading to resentment. Their humour can sometimes be misguided and they can show signs of avarice.

If Gemini feels like they are being ignored, are feeling bored, or are in the company of someone they perceive as acting stupid, then their shadow aspects are likely to arise. They come across as devious, acting as if they have a good deal for you!

When a Cancer sign is feeling insecure, they will try to stranglehold both the people and things around them. It makes them come across as desperate and overprotective, and as if they don’t understand people cannot be controlled.

Leo always has a need to organise the people around them, but when their shadow is in full play, this turns more to control than organise! In a weak moment, Lions will exploit others fragility for their own gain.

A Virgo shadow finds it hard to hide the fact that deep-down they believe they are better than you! Secretly they are dying to meddle in the lives of others, thinking they know best.

Libra is normally a sign that cares for others greatly, but when their shadow arises it takes on some of Aries negative traits. So, they become stubborn and self-obsessed. They will even trick their way to getting something they want!

When the shadow strikes a Scorpio, it is very spiteful and self-destructive in nature. It’s like they have remembered every bad thing that has ever happened to them, and all grudges come to the fore to be reconciled.

The Sagittarius shadow has no concerns about being liked, they pursue things for the attention and the experience. They will lie where needed, and won’t bother with their usual tact, making them seem spiteful at best.

For Capricorn, a deep-set discontentment in life rises with the shadow traits. They can become pessimistic and critical, but really, they are just seeking out validation from others, born from their own insecurities.

Aquarius in every day has two rulers, the same goes for the shadow. So, they may come across as perfectionists, rigid in their thinking and cold in behaviour. Or they may be more disruptive and want to do things for the sake of standing out, rather than pride or principle!

Pisces has an overwhelming presence of guilt in a shadow phase. They feel as if they are being used, but really, they fail to set boundaries – saying yes to everything and then feel put upon. Then feel guilty for wanting to say no!

Our psychic readers are very open, friendly and insightful people. Pick up the phone and call one today if you need answers to life’s questions. Alternatively, we also offer readings via emails. With the insights you have gained you can make the best decisions for you moving forward.