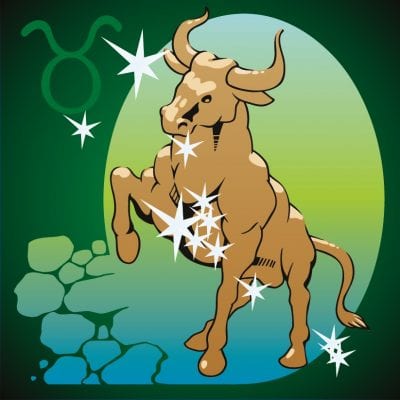 Those born between April 21st and May 20th are born under the second sign of the zodiac, Taurus. In this article we will be taking an in-depth look at the star sign, discussing its history and mythology as well as the unique traits of a Taurean.

The word ‘Taurus’ is derived from the Latin word for ‘bull,’ the iconic symbol that represents this zodiac sign. In Greek Mythology, the origin of Taurus is often related back to the story of the bull-form taken by the father of all Gods, Zeus. It is thought that Zeus fell in love with Europa, the daughter or King Agenor. In order to win Europa while she was collecting flowers near the coast, Zeus took the form of a beautiful white bull and ran to her, taking her away to the Island of Crete. Their son, Minos would later become the King of Crete. The bull, or Taurus, represents protection and force. In ancient Egypt the bull was sacred and would be embalmed and placed in tombs after their death.

With the bull as their mascot, it is unsurprising that a typical Taurean possesses strong traits such as determination, stubbornness, and persistence. The great strength of Taurus is in their stability, loyalty and strong-willed determination. Bulls want to get the job done, and they will. Taureans can be relied on to fulfil their obligations and will work hard to achieve their goals. They are practical, reliable and take their work seriously, making them excellent employees. As a friend, a Taurean is fiercely loyal, patient, and socially popular however they rarely make friends outside their social rank and tend to avoid the crowd. This is due to the fact that Taureans don’t like change, preferring to stick to their creature comforts. Taureans are notable ‘closed books’ and their feelings and emotions run deeper than many on the outside world would guess. Because of this, they can often be regarded as withdrawn or boring. Because of their stubborn qualities, Taureans often become fixed in their thinking, lacking the ability to see things from others points of view. No other sign in the zodiac is closer to the Earth, represented by the Taureans stability and grounded traits.

An overwhelming trait is an abundance of common sense, not a skill that should be undervalued! They love to plan and are organised. On a personal level they are resilient and they carry out life tasks with integrity. Taurus signs are practical, they also have a down-to-earth but creative side, these artistic abilities shine through and complement the rest of them. Taureans are tenacious and can be depended on to see projects and life’s challenges through to the end, no matter what obstacles get in their way.

As you imagine from ‘The Bull’ Taurus signs are stubborn, and can be stuck in their ways, and uncompromising. It’s important in life to be able to see another perspective, but they struggle when others have different points of view. Alongside this is an unwillingness to try new things and generally they are not risk-takers. On occasion Taurus can be described as ostentatious – they want the good life and they want everyone to see them have it! A side aspect of this is being possessive, not just of belongings but of people too, and somewhat self-indulgent.

Taurean workers are slow and steady, they like work, but they do like to stick to tried and tested methods and their own systems. Unfortunately, it is in their personality to procrastinate, which is not always a great work trait. It means they may have a tendency to put off tasks for tomorrow. The may also pick and choose doing the tasks they like to do, as opposed to those that need doing more urgently.

Taurus star signs are motivated by the work-package, salary, benefits etc and this should be used to an employer’s advantage to get them to do what is needed. They do want to produce good results at work, and as such they do respond to constructive criticism, they can work alone on projects with some light supervision. Motivating them with rewards and using a carrot and stick approach to new tasks or changes to work-flow work best.

Taureans do not respond well to someone coming on to strong. Just like at work, they take a slow and steady approach to matters of the heart. They are friendly, and open to romantic advances, but like time and space to make their mind up about someone.

You shouldn’t expect a Taurus star sign to be overly demonstrative in the early phases of a relationship. They like to concentrate on the romance of it all. So interesting dates, especially those involving nature are the name of the game.

After a time, you can expect a Taurean to be quite possessive of a partner, just as they would a material possession. If their feelings run deep they will not want to share you! So, it is important to pair with a star sign that wants this sort of commitment from a person.

They are pragmatic by nature, and this follows in a quarrel with a partner, they tend to have quite rational ideas, but at the same time are quite dogmatic in their opinions, so it is easy to go around and around on a subject.

In terms of romance, they can be quite compartmentalised, affection, sex, love, all mean different things to them. You might have to learn the signals…

Taurus characters do make good nurturers, and this makes them natural parents, that said their strong beliefs will translate to rules and these can be quite fixed.

As a sibling they relate well to their brothers and sisters, but they do like to carve out time to be by themselves.

As previously mentioned their possessive tendencies over people and possessions can cause issues within a family dynamic, teaching them to share is not an easy task.

Taurus children can be quite serious by nature, you should only promise what you can deliver, from a young age they will hold you to what you have said!

Taureans make faithful friends, however because their ideas are quite fixed – they may not be the best at giving advice if you are looking for an outside perspective. But regardless, they will be there for you when needed.

As creatures of habit, it is best to have some sort of routine as friends, regular outings – like shopping, coffee, cinema etc as well as steady communication by phone, email and so on.

David Beckham, William Shakespeare and Karl Marx are perhaps amongst the most recognisable and influential Taureans, all who have achieved their goals utilising their ambitious and hardworking qualities. Other notable Taureans include figures such as Al Pacino, George Clooney and Audrey Hepburn.

If you would like to learn more about your star sign and discover what is to come for you this month then visit our taurus horoscope page. Many of our Psychic Readers are especially talented in astrology and may be able to tell you more about the Taurus star sign. Why not also find out more about which star signs are compatible with Taurus.