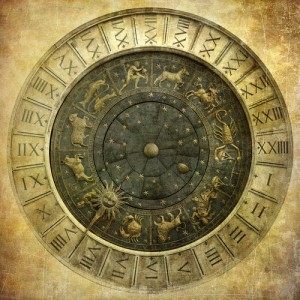 Astrology is one of the most popular and recognised methods of divination.

Derived from the Greek for ‘star’ (astron) and ‘study of’ (-logia), astrology consists of several systems of divination based on the belief that there is a relationship between the stars and planets and events that occur in the human world. Most people will associate astrology with the 12 signs of the zodiac, and whilst they are a good place to start, the horoscopes that show up in daily newspaper columns are the most basic aspect of astrology. Astrology is actually a very complex and intricate method of divination.

Despite its popularity in modern culture, astrology is actually considered an ancient science and one of the oldest methods of divination there is. Studied for thousands of years, astrology has been dated back to the 3rd millennium BC. Astrology’s origins can be traced to several different locations and cultures including Ancient Babylon & Egypt, the Middle East, India and China. Back then there was not one single method or interpretation of astrology and each culture practised their own form, some of which have contributed to today’s understanding of astrology.

There are a number of methods that may be used when using astrology for divinatory purposes. For this reason, astrology may seem overwhelming at first, but as you learn more about this ancient practise and its different aspects, the deeper your understanding will become. Astrology can be used to understand many things from your relationships to personality traits and career choices.

Astrology is largely geared towards the bigger picture rather than giving specific answers to ‘yes’ or ‘no’ questions. To produce a more accurate reading, astrologer’s check to see what sign each planet was in at the time of birth. The planets and signs combine with other elements, such as houses and angles, to form a complex and often very specific profile of a subject’s personality, life and future prospects. If life feels like a random string of insignificant events, astrology can shine a light on them and be a comforting reminder that everything happens for a reason.

If you are interested in a reading, then many of Psychic Light’s readers are fortunate enough to have the gift of reading astrology. If you wish to speak to one of experienced psychics then get in touch with Adam, who works with astrology or zodiac reader Ellie, to clarify and answer your questions. We look forward to hearing from you!