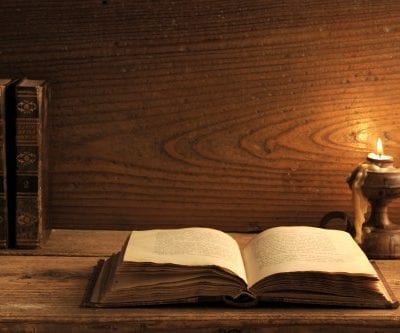 Did you catch ITV’s three-part drama Arthur and George last month? The series, which starred Martin Clunes, explored the life of celebrated novelist, physician and Sherlock Holmes creator Sir Arthur Conan Doyle, a man who became one of the most famous of his age.

Based on real events, the show explored parts of the Edinburgh-born writer’s life like never before, delving into intriguing sides of him that audiences may not have known existed…one of them being Sir Arthur’s fascination with spiritualism.

The Sherlock Holmes creator first became intrigued by psychic phenomenon in the 1880’s, joining the Society for Psychical Research (SPR) in 1893. He became a crusader for the society, scientifically investigating paranormal phenomena such as ESP (extra sensory perception). The writer reached out for spiritual guidance after falling into a deep depression following the death of his son, brother, two brothers-in-law, and two nephews in the space of a few years.

Sir Arthur found comfort in communicating with the other side, something which spiritualism offered. His belief was affirmed after attending a séance where he believed he was contacted by his son Kingsley. He dedicated the rest of his years to proving the existence of life after death, writing countless books, articles and giving lectures to promote his beliefs. In fact, twenty of the 60+ books that he published are based around spiritualism.

Just two weeks before his death in 1930, Conan Doyle delivered a speech on spiritualism stating: “People ask, what do you get from spiritualism? The first thing you get is that it absolutely removes all fear of death. Secondly, it bridges death for those dear ones whom we may lose. We need have no fear that we are calling them back, for all that we do is to make such conditions as experience has taught us, will enable them to come if they wish. And the initiative lies always with them.” 85 years after Sir Arthur Conan Doyle’s death, mediumship is very much still a relevant and important part of many people’s lives.

We now have a very definite idea of what to expect from a psychic medium. In Conan Doyle’s day, mediums simply used to pass on messages of comfort and joy from the other side. Modern readers now also believe in angels and guides, and make use of Tarot cards, runes and other forms of divination in order to give guidance on a whole range of subjects.

Many of Psychic Light’s readers including Dawn, Mavis, Robbie and John are gifted mediums who can offer financial, career, health and relationship advice amongst other things. For an in-depth reading right now, call one of our readers and pay by phone or pay by credit card. We look forward to hearing from you.