Superstitions: Both Popular and strange from around the world

Home » Psychic News » Superstitions: Both Popular and strange from around the world 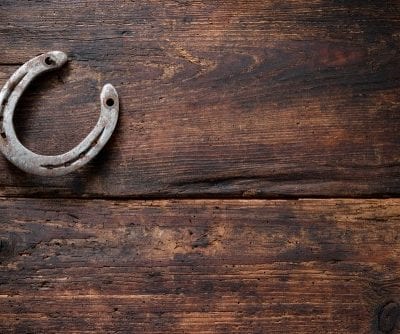 Previously we uncovered the truth and spiritual meaning associated with the most superstitious day of the annual calendar; Friday 13th. Friday 13th is feared by over 60 million people worldwide. Did you know there are certain superstitions that are only known and followed if you live in a certain place?

The magpie is the most superstitious wild bird in the U.K! You may have heard a rhyme. “One for sorrow, two for joy, three for a girl, four for a boy, five for silver, six for gold and seven for a secret never to be told.” The rhyme means that seeing one magpie will bring bad luck and two or more predict the future. In order to prevent the bad luck, different people have their own superstitions. However the majority of people resort to saluting the magpie. Which shows respect and as a result, bad luck will not come your way!

Some people believe that hanging a seven-holed horseshoe above your bed or on a door knob will bring you good luck and a peaceful night’s sleep. The ends of the horseshoe have to point upwards. It should also be made of iron for good luck to come your way.

In Spain, Tuesday 13th is the equivalent to our Friday 13th. People fear this day as they associate it with bad luck. Why Tuesday and not Friday? Apparently, Tuesdays are dominated by the God of war, Mars and historical events such as the fall of Constantinople to the Fourth Crusade which fell on Tuesday 13th. Even though the day of the week is different, Spanish people act in a similar way as we do here in the UK.

Many athletes have their own ritual before they compete. Some say their prayers and others stick to a certain routine. It is reported that famous tennis player Rafa Nadal, has endless superstitions ranging from walking on court with a racquet in his hand to having two water bottles that face the baseline where he is playing.

Another athlete who is extremely superstitious is Arsenal football player, Kolo Toure. He has to be the last player on the pitch, even if that means missing the start of the match, which happened when playing against Roma in the Champions League.

If you need advice, our psychic readers are available to offer guidance and support.