The History of Clairvoyance 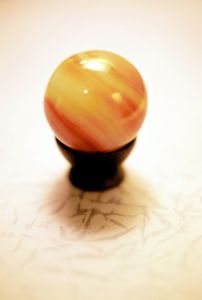 The term ‘clairvoyant’ comes from 17th Century French (Clair meaning “clear” and voyant meaning “vision”) where it was used to describe the psychic ability to gain paranormal information pertaining to the future of a person, object or event. Many consider clairvoyance as the sixth sense of the brain, something that we can exercise and that allows us to sense the world beyond our psychical senses. The practise is very different from telepathy in that a clairvoyant gains knowledge from an external psychical source rather than from the mind of one person to another.

There have been reports of clairvoyant ability throughout history and in many different cultures. Clairvoyance has often been related to different religions and their practices. For example in Hindu, there are religious texts that list clairvoyance as ‘siddhis’ or skills that are yielded through personal discipline and meditation. In Buddhism, clairvoyance is believed to be a sign of spiritual awakening and the rising of human consciousness, elevated through breathing practises which open the energy channels and raise mental awareness.

However, the first record of clairvoyance is believed to be around 1784, experienced by the Marquis de Puységuer who was treating a peasant named Victor Race. Throughout his treatment Race showed signs that he was having clairvoyant experiences. He would often go into a trance and undergo personality changes where he became fluent and articulate, as well as being able to give accurate diagnosis and prescriptions related to his illness. After coming out of the trance, Race was unaware of anything that he had said or done in that time. Similar experiences have been recorded throughout history since then, and in modern practise clairvoyance is an accepted ability of many psychics.

A common feature of those with clairvoyant abilities is the early age that they had inspirations and visions, which then continue to develop throughout their adult life. Experiences in clairvoyance were usually manifested through reports of people seeing deceased loved ones before they had learnt that they had passed. Such common accounts continue to motivate research into the phenomenon of clairvoyance.

Talking to a clairvoyant

If you feel as though you now have a better understanding of clairvoyant abilities and feel as though you would like to talk to one of our readers then we have many experienced and talented psychics available for you to speak to today!