The History of Emma Hardinge Britten 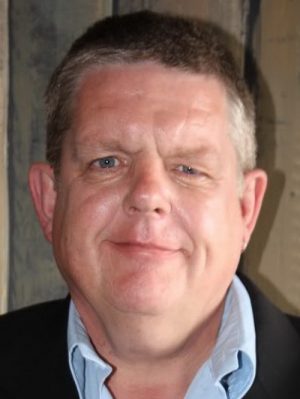 Emma Floyd was born in the East End of London in 1823, daughter of a sea captain, she had a lonely childhood. In her autobiography she recalled that she had never felt young, joyous or happy. She preferred her own company to that of other children and she favoured wondering through the countryside alone. Often among monastic ruins or churchyards, where she sometimes saw spirit forms. Many people thought of her as a wayward child, and were alarmed at her ability to foretell future events, or describe their deceased relatives. She was also a very gifted musician and showed promise of developing into a fine singer.

The precocious psychic abilities of Emma attracted the attention of an occult society, and she was persuaded to join them as a clairvoyant and magnetic subject. Little is recorded or known of this period in her life, but it is thought that it was through this association that she met a member of the influential Hardinge family and adopted the name.

In 1834, at the tender age of 11, Emma’s father passed to spirit, leaving the family in a bad way financially. She was then obliged to earn her own living as a pupil and teacher of music. Her piano playing showed such exceptional talent for her age, that the means were found to send her to Paris to continue her studies. A member of the famous Erard family of piano makers allowed her to practice the piano in his warehouse so that his customers could hear. To everyone’s surprise, Emma was able to play any piece they requested, even if they had not made the request out loud. Fearing that her daughter was being used by satanic forces – Emma’s musical career was abruptly terminated.

Emma took up acting and was offered a contract with a theatrical company in Paris. This venture was a failure, but it led to her being invited by an American theatre manager to join his company in New York. She agreed, but only on the condition that her mother, to whom she was devoted, could accompany her to New York. Despite favourable reviews she received in the press, Emma was given smaller and smaller parts and eventually was cut out of the bills altogether. Causing her to fall out with her new manager.

Although this was a very difficult period for Emma, she came into contact with a couple who were spiritualists, and was persuaded to visit a medium. Her first visit hardly proved an auspicious beginning to what was to be her future career. Emma had been reluctant to go and when she heard the spirit communication by a process of table rapping, spelling out a message which seem to speak ill of the Christian religion in which she was raised, she fled.

Later Emma met another medium and her attitude changed when she had a very impressive sitting. Through the mediumship of Miss Ada Hoyt (later Mrs Coan). She became converted to spiritualism. Going on to develop psychic powers in her own person and sitting publicly for the Society of Diffusion of Spiritual Knowledge of New York. She was able to furnish one of the best attested cases of spirit return from the early history of spiritualism. The mail steamer Pacific sank in the high seas. A member of the crew possessed her body in trance, and disclosed the fact of the tragedy. She was threatened with prosecution by the owners of the boat when the story was made public, but it was found to be true.

Her mediumistic gifts included clairvoyance, automatic writing, psychometry, occasional healing, prophecy, as well as inspirational and trance speaking. Sometimes the table at which she sat would rise into the air and when she played the piano, it beat time to the music. She gave numerous sittings and was even consulted by the police to help them solve baffling cases.

Emma’s contract with the theatre company was, by this time, about to expire. She began once more teaching music and was offered rooms for that purpose in the premises of The Society for the Diffusion of Christian Spiritualism. In return for the use of the premises, she edited the societies journal ‘The Christian Spiritualist’, thus gaining experience in the publishing business. She also gave many sittings and acquired a reputation for being a brilliant medium.

Kate Fox, one of the famous Fox sisters, gave séances in the same building, and Emma became acquainted with her. After a time, she felt the need for a change from this way of life, and her spiritualist friends tried to persuade her to become a rostrum lecturer. The idea of being a female preacher seemed shockingly unladylike. Despite her apprehension, she was persuaded to speak at a public meeting. As soon as she stepped onto the stage, she fell into a state of trance. The lecture of which she herself remembers not a word, was a great success and thereafter she always delivered her speeches in trance.

Fame as a speaker spread rapidly for Emma, she was invited to lecture in many places. Her first invitation was to a small country town called Rondout. On her arrival, she was horrified to learn of the persecution of other visiting mediums. They had suffered at the hands of the local inhabitants, whom had pelted them with stones and rotten eggs and driven them out of town. On the way to the meeting, she was hardly reassured when she saw her host arm himself with pistols. When she began to speak, her worst fears were realised. She was abused and shouted at by an unruly mob who followed her back to the house where she was staying. Undaunted, she asked her host to arrange for the use of the courtroom for another lecture the following evening. This time the audience listened with respect. Emma had the satisfaction in later years of seeing Rondout became a stronghold of spiritualism.

This was the beginning of a long series of travels. During the next thirty-five years Emma toured the whole of America, Canada, Australia, and New Zealand. Lecturing and conducting services, introducing spiritualism to many places where it had been unknown before. Travel was often difficult and the weather conditions harsh. She often encountered hostility and even physical violence. On one occasion a stone was thrown through the window of the hall where she was speaking. On another, a lecture had to be cancelled because a mob had threatened to lynch anyone attending. The south of America was particularly hostile to spiritualism because spirit opposed slavery. Emma also took part in the campaign to elect Abraham Lincoln, who was himself interested in spiritualism.

Eventually Emma’s mother was able to persuade her to give up this arduous life and return to England. When she arrived in London, she found herself once more called upon to take up a round of lecturing engagements all over the country. During this time, she also found the resources to write a book called Modern American Spiritualism, setting out the history of the movement from its beginnings in the 1840s. When she returned to America where her book was to be published, she met her husband, Dr William Britten. Throughout the years of their marriage he supported her in her work and accompanied her on her further travels.

By the 1880s spiritualism was becoming more organised, and in 1887 she set out, in the Two Worlds Magazine, a proposal for a new national organisation to bring a greater sense of unity between spiritualists throughout the country. A conference was convened in Manchester, which led to the formation of the Spiritualists’ National Federation which later became the Spiritualists’ National Union (SNU), under which name it functions today with educational programs for mediums at home and abroad, among its many activities.

The union did not at first draw up any sort of creed or declaration of its beliefs, since many of its members felt this would restrict the individual’s freedom of thought. Without such a declaration, it was impossible for it to become a legally recognised body to acquire land and premises. Accordingly, the seven principles were drawn up, based on words received through the mediumship of Emma Hardinge Britten. It is these principles that form the bases of spiritualist teaching. Liberty of interpretation was then, as now, allowed to all.

Emma was the author of many publications, for example: Modern American Spiritualism (1870), Nineteenth Century Miracles (1884), The Faith Fact and Frauds of Religious History (1879) and The Wildfire Club (1861). She also acted as a translator and editor on a number of other projects. In 1872, Emma attempted to start a magazine, The Western Star. She also wrote a number of musical compositions and songs under the nom de plume of Ernest Reinhold.

The last public engagement that Emma attended was to unveil the stained-glass window of the Salford Spiritualist Church. Although weakened by old-age and by her many years of toil, she rose to the occasion with her customary vigour. The enthusiasm of the congregation proved the love and respect in which she was held.

As a pioneer Emma had witnessed the birth of the modern spiritualists movement and had fought to win acceptance for its truth, oftentimes in the face of bitter hostility and through many hardships. She had helped to consolidate it into an organised movement united by simple but profound principles to which all its followers could subscribe.

Unlike many of the early pioneers of the movement who retained their association with other churches, Emma saw spiritualism as a new religion which would sweep away the dogmas and superstition of the old-line faiths. Her understanding and that of the people who spoke through her, was too wide to be encompassed within any one creed. The subjects of her lectures ranged widely over many different philosophies and she was, in fact, involved in the founding of the Theosophical Society, although her loyalty to spiritualism was unwavering.

Emma Hardinge Britten has been accused of attacking Christianity, but her intention was never to criticise destructively, rather to seek to find a firm foundation of truth upon which spiritualism could rest and not be shaken. Sadly, Emma Hardinge Britten passed to the spirit world in October 1899. And these are her own words, received after her passing: “Speak for her now, my day is done. I have striven for the cause. Humanity has been my congregation and the world has truly been my parish. I would urge you onward and upward toward the realisation of the brightest hopes of the oldest pioneers of modern spiritualism.”

This article was written by Psychic Reader John (PIN: 5152).