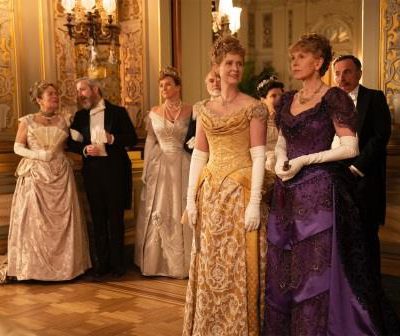 Did you love Downton Abbey? Then, you will be excited about a new HBO/Sky TV series called – The Gilded Age.

As you might guess from the name, the TV show is a historical drama based in the late nineteenth century. The TV programme will play out over nine episodes. The drama is set during a period when America saw immense economic changes.

You can expect the TV programme to chart the conflict between the old ways and brand-new systems. As well as the fortunes, both won and lost – think familial inheritance and the nouveau riche.

“The Gilded Age begins in 1882 with young Marian Brook moving from rural Pennsylvania to New York City after the death of her father to live with her thoroughly old money aunts Agnes van Rhijn and Ada Brook. Accompanied by Peggy Scott (Denée Benton), an aspiring writer seeking a fresh start, Marian inadvertently becomes enmeshed in a social war between one of her aunts, a scion of the old money set, and her stupendously rich neighbours, a ruthless railroad tycoon and his ambitious wife, George (Morgan Spector) and Bertha Russell (Carrie Coon). Exposed to a world on the brink of the modern age, will Marian follow the established rules of society, or forge her own path?”

Much of the cast will be familiar to you. Cynthia Nixon (Sex in the City) and Christine Baranski (The Good Wife & The Good Fight) play the Aunts. Unusually the lead role (Marian) is played by a newcomer – Louise Jacobson. It’s probably fair to say that acting is in her blood, as she is the daughter of Oscar winner – Meryl Streep.

The show is aired the first episode on 24th January, and it will show weekly at 9pm Sky Atlantic and streaming service NOW.

Check out the trailer: