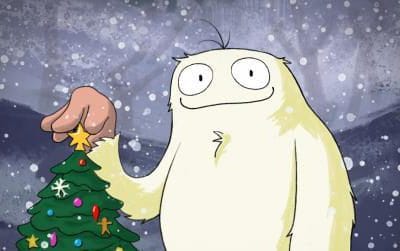 Tess Daly is of course the co-presenter on Strictly Come Dancing. Many have commented that this year’s series of Strictly has been the most exciting in years. In further celebration, there will be a Christmas Day special. Which will see some Strictly favourites of past years take to the ballroom dance floor once more!

So, what other Christmas TV specials can you expect this December:

Did you watch the new take on The Darling Buds of May this autumn? Well, if you enjoyed that, then you might want to tune into a Christmassy episode – The Larkins in Kent! Bradley Walsh will feature, and it promises to be a snow-filled festive fun show.

Such is the popularity of the show Christmas wouldn’t be Christmas without a Call The Midwife special. Many familiar faces will appear in the special, and fans will be glad to hear that includes Miriam Margolyes, who plays Mother Mildred (who was not in series 10). Then, if that whets your appetite, you can tune back in during January for the 11th series.

Dr Who is as beloved as Call The Midwife, and Christmas will see a special episode airing. Three additional episodes will likely come about for 2022: New Year’s Day, one in spring and a final in autumn. All of which will lead to the end of Jodie Whittaker’s time as the Doctor.

More Christmas TV shows to look out for:

For something new, and with a bit of Hollywood Glamour, why not tune into Terry Pratchett’s The Abominable Snow Baby? It will be on Channel 4 and is an animation. It’s a festive tale, based on work by Terry, featuring a 14-feet tall abominable snow baby. Set in a quaint English town after a heavy snowfall. David Harewood, Hugh Dancy and Julie Walters among others voice this fun family show.

The Royal Albert Hall celebrates its 150th anniversary this year; the hope is they will be able to welcome back a live audience for the performance, including senior Royals in attendance. Many of the line-up are already confirmed and includes music from Anne-Marie, Ed Sheeran, Elvis Costello and James Blunt. Entertainment from Cirque du Soleil and Matilda the Musical cast and comedy from Alan Carr, Bill Bailey and Judi Love to name a few.