What is my Birthstone for Oct, Nov & Dec?

Home » Psychic News » What is my Birthstone for Oct, Nov & Dec? 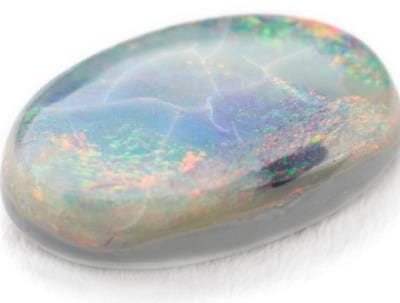 The precious, iridescent Opal is the birthstone for those born in the month of October. Known for their magical display of rainbow colours these highly esteemed stones are thought to give us hope. They also support us during times of transition and change; which is attested to in this traditional poem:

“October’s child is born for woe,

And life’s vicissitudes must know,

But lay an Opal on her breast,

And hope will lull those woes to rest.”

The Opal is made up of a fragile, hydrated silica material, very similar to quartz. The colour of the Opal is hard to pinpoint. The stone itself can range in colour from clear to white, the sparkling, refracted light gives it a rainbow-like appearance. The crystal provides a spectrum of colours that change when viewed from different angles. This makes it one of the most unique looking gemstones on earth – no two Opals appear the same.

The Opal is the national gemstone of Australia. They produce 97% of the world’s supply, the town of Coober Pedy in South Australia being the major source. Other significant deposits of Opal have been found in Nevada (USA), Brazil, Indonesia and Turkey. However, if you fancy searching a bit further afield, NASA announced that it had found Opal deposits on the moon!

The healing properties of the Opal have been revered since the middle ages. At that time people would use the stones as a talisman of great luck. They believed the Opal possessed the virtues of each gemstone whose colours were represented in its colour spectrum. The name Opal comes from the Latin word “Opalus” meaning “precious jewel”. Later the Greek derivative “Opallios” meaning, “to see a change of colour.”

More recently, Opals have been traditionally associated with properties such as hope, innocence and purity. They are very spiritual stones, and have been known to enhance dream work and ease the process of change. Clear/milky Opals can be used as a spiritual mirror to look inward, reflecting our feelings and amplifying buried emotions. This inner gazing brings increased confidence, fewer inhibitions and clearer imagination.

The Opals ever-changing play of colours makes it one of the most powerful stones in chakra healing. The vibrational qualities in its rainbow spectrum, makes Opal one of the few stones that resonates with all seven chakras. It works well with the brow chakra in particular, and may open our ‘second sight’ aiding clairvoyance.

With its visual influences, it stands to reason that Opal is often used to treat eye infections and enhance vision. However, the Opal can be used with any physical symptom as it is great in speeding up the healing process.

The tradition of wearing birthstone jewellery dates back thousands of years, and Opal birthstone jewellery is especially popular. While it may be tempting to work with the Opal every day. It is worth remembering that they are powerful gemstones and should be worn only when it feels right to you. They can make you feel very emotional so consider how you’re feeling before you put on Opal jewellery.

If you were born under the protection of the Opal, these beautiful gifts from the earth will give you great benefits and endless pleasure to the eye.

If your birthday is in November, seek the healing properties of Topaz, the stone of love and good fortune:

“Who first comes to this world below

In dreary November’s fog and snow

Should prize the Topaz amber hue

Emblem of friends and lovers true.”

Chemically, the Topaz is known as aluminium silicate fluoride hydroxide and is one of the hardest silicate minerals. With no impurities, Topaz is a colourless gem, however it’s probably most commonly recognised in its deep honey coloured hue. With its hints of orange, yellow and brown it’s no wonder this stone represents the autumn month of November. The stone can also occur in a wide spectrum of different colours from blue to pink and even black. Like many other gemstones their value is based on clarity and colour.

Brazil continues to be the largest producer of Topaz, with the most notable source being the south eastern state of Minas Geranis. However, the stones spiritual properties were first recognised by the ancient Greeks who believed Topaz gave them great strength. Topaz was also revered in India where people believed for centuries that when worn above the heart, the gem would provide the wearer with long life, beauty and intelligence. In fact, many scholars believe the name ‘Topaz’ can be traced back to the ancient Indian language Sanskrit word ‘Topaz’ (or tapaz). Which meant ‘fire’, perhaps a tribute to the Topaz’s fiery orange colouring.

In modern times, the Topaz is often used to inspire creativity. Sometimes referred to as the ‘writer’s stone’ it is a great aid when trying to express your thoughts/ideas clearly. Why not use Topaz as you write in your daily journal and see if it benefits you? Topaz is a great spiritual stone, praised for its ability to attune the wearer with his or her higher self. Its strong vibrations are thought to unite the mind, body and spirit. If you are looking to develop psychic abilities, you may want to try holding it while doing a psychic meditation. Allow the stone to aid you finding your psychic communication gift.

These strong spiritual properties make Topaz the perfect stone to use in chakra healing. Topaz particularly resonates with the throat and third eye chakra. Physically, Topaz is reputed to be effective when used to treat asthma, blood disorders and insomnia. It is also widely used for treating depression, thought to help alleviate fears and treat psychosomatic illnesses.

Nicole Richie and Jessica Simpson are two famous admirers of Topaz, and have been spotted incorporating it into their jewellery. However, it is believed that the only people who can take advantage of the mystical properties that Topaz has to offer are those who were born during the month of November. Perhaps November born celebrities like Scarlett Johansson, Miley Cyrus and Anne Hathaway should also invest in beautiful Topaz jewellery!

Were you born during the month of December? Then you are under the protection of one of the oldest known gemstones – Turquoise. The December poem reflects some of the properties with which the Turquoise is associated – prosperity, success, happiness, and good fortune:

“If cold December gave you birth

The month of snow and ice and mirth

Place on your hand a turquoise blue

Success will bless whate’er you do”

The Turquoise is relatively soft, and can easily be scratched or broken. Most recognized by its unique blue-green hue, Turquoise has been one of the most prized gemstones for thousands of years.

Turquoise was among the first gems to be mined, and while many historic sites have been depleted, some are still worked to this day. South West America remains the biggest producer, states such as Nevada, Arizona, Colorado, New Mexico and California at the forefront. The stone can also be found in countries Australia, China, Brazil and Egypt, where the stone has a rich history.

Turquoise – one of the earliest stones to be used in jewellery, has been discovered on mummified Pharaohs of Early Egypt. The tomb of Tutankhamen was packed with Turquoise jewellery; the stone was used on its sarcophagus and mortuary mask.

The December birthstone is a protective stone, believed to shield the wearer from outside influences. In fact, in many cultures it is used to help children sleep, protecting them from harm and preventing nightmares.

The water energy of Turquoise can facilitate a better flow of energy through your body. Which make this a great crystal to incorporate into chakra healing. Known as ‘the master healer’ it can be used to resonate with all seven chakras. It is particularly beneficial when unblocking the brow and throat chakras. Place Turquoise on the Brow Chakra to enhance intuition/meditation, or on the throat to gently purify the Throat Chakra. It can be extremely beneficial to the thyroid and the voice, even calming nerves when speaking in public.

Turquoise has long been used in physical healing, relieving diseases and disorders. The copper content is thought to be effective for arthritis/rheumatism while the phosphorus is effective in treating lung conditions. This master healer is even believed to increase circulation to the muscles to heal torn ligaments or tendons.

With such endless healing properties, it’s unsurprising that Turquoise is a popular choice for jewellery pieces. Turquoise rings, pendants and earrings are all readily available on the market and will resonate with your chakras. Why not consider the protective energy of Turquoise as a great gift for a loved one?

Maybe, you are also interested in the Birthstones for the other months of the year? Then, why not look up the gems associated with January, February & March – Garnet, Amethyst and Aquamarine. As well as April, May and June – Diamond, Emerald and Pearl? Or perhaps, July, August and September…

In conclusion, if you require more information, we have gathered a team of highly practised telephone readers, who offer a wide range of psychic reading styles.