What is my Birthstone for Apr, May & June?

Home » Psychic News » What is my Birthstone for Apr, May & June? 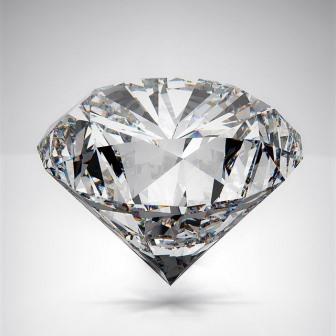 For those born in the month of April, you are lucky enough to have the shimmering diamond as your birthstone. The word diamond is derived from the ancient Greek word “adamas”, meaning invincible.

The ultimate gemstone and coined as a ‘girl’s best friend’ the diamond is a symbol of innocence and courage. Diamonds are made of crystallized carbon, making them one of the hardest and most durable substances on earth.

Diamonds can be found in almost every colour including yellow, red, pink, blue, and green. Blue, black and green diamonds are arguably the most valuable, with yellow and colourless stones perhaps the most popular. Usually the more saturated the colour of the diamond, the higher it is in value.

Diamonds are found in countries including Brazil, Russia, and the USA; however South Africa remains the top producer. Diamonds are formed deep within the earth, in temperatures around 1500 degrees centigrade, brought to the surface through volcanic eruptions.

The first references to diamonds have been discovered in Sanskrit texts, written before 400BC. It is thought that at the time, ancient groups from India assigned a great deal of value to the stone. Ancient Greeks also held the diamond in high regard. According to legend they believed that diamonds emerged as tears of the gods, splinters of stars, or crystallized lightening.

The diamond has been used in physical healing since the Middle Ages. Its ability to unite the body and mind can help to prevent cardiovascular diseases, treat allergies and detoxify the body.

The diamond has also had great influence on spiritual healing, and in particular meditation. Its calming influence cleanses negative emotions, bringing about positive mental clarity. It’s thought that the diamond is able to reach deep into us, opening more spiritual doors than any other stone.

Many choose to wear diamonds for their great spiritual properties. The diamond has arguably become one of the most popular crystals to wear set in jewellery.

A symbol of elegance, class and beauty, the diamond has many notable wearers. Queen Elizabeth II, born on April 21st is known for her extensive diamond collection. She often decorates her outfits with diamond necklaces, brooches and tiaras.

The diamond has long held the centre stage in popular culture, due to its natural strength and beauty. Does the phrase ‘diamonds are a girl’s best friend’ rings true with you or a loved one? Then, why not celebrate in style with the gift of the world’s most adored gemstone.

Diamonds can be found in all different types of jewellery, but arguably the engagement ring is unrivalled in its popularity. Signifying commitment, trust and fidelity, the diamond ring brings love and clarity into partnerships. So, if there is a special someone in your life born in the month of April. Why not take the chance to combine their birthday with a proposal!

For those born in the month of May, your birthstone is the wonderful green gemstone Emerald. The word emerald is derived from the ancient Greek word “smaragdus”, meaning green. Thought of as a symbol of rebirth and love, it is believed to give the wearer youth and foresight.

Emerald is part of the beryl family, and its precious green colour is given by the small amounts of chromium. They are generally quite weak with a low resistance to damage and flaws. However, these imperfections are often considered part of the emeralds character.

Most emeralds are treated with oils to enhance their vivid, natural colour. Emeralds are found in many countries from Australia to Zambia, however Columbian emeralds are considered to be the most beautiful. Colombia is also the world’s largest producer, yielding 50-95% of the world’s production, depending on certain factors. Prized since ancient times, it is thought that emeralds have been around for over 6000 years.

It’s known that the emerald was a favourite of Ancient Egyptians, particularly Queen Cleopatra who gifted emeralds to foreign visitors. They often buried mummies with emeralds to symbolise eternal life. The Ancient Greeks associated the emerald with Venus, the Goddess of love and beauty. They believed that if the heart was faithful the stone would glow a beautiful, bright green colour. If the heart had strayed it would turn a dull, lifeless shade!

As long as there have been emeralds, there has been evidence of their healing properties. The emerald has the ability to support the health of organs, improving unwanted physical conditions. It has also been long thought that the emerald can help aid eyesight, through gazing deeply into the green stone.

The emeralds physical healing powers are associated with multiple conditions and its benefits go on and on. For the mind and spirit, the emerald also has many positive attributes. The emeralds green ray of light is thought to draw love into your life. Whilst emitting energies of abundant and unconditional divine love. It will induce feelings of compassion, kindness, and loyalty.

Emeralds, whilst having great therapeutic benefits, also look stunning set in jewellery. A symbol of love and compassion, emeralds have become increasingly popular to be set in an engagement or eternity ring. While not as exorbitant as diamonds, emeralds are still quite highly valued. Meaning they are more in reach of successful figures than the average man.

For those born in the month of June, lucky you! Your birthstone is the rare, yet beautiful pearl. “Who comes with summer to this earth And owes to June her hour of birth A pearl should wear against her skin Who’s innocence many a heart shall win.”

Unlike the other 11 birthstones, pearls are unique in that they are not minerals mined from the ground. But instead are beautiful, natural objects that grow organically within living, shelled molluscs.

There are two main types of Pearls: Freshwater and Saltwater pearls. Both of these can be found as wild pearls, found growing naturally or cultured pearls, which occur through human intervention.

The Latin translation for ‘pearl’ literally means ‘unique’ which attests to the fact that no two pearls are the same. Traditionally, pearls are found in their natural milky white colour. Although it is not uncommon to find wild pearls occurring in silver, white, blue or black.

Wild pearls are extremely rare, making them typically high in value, with large, perfectly round pearls the costliest. Cultured pearls can be dyed any colour from pink to yellow, these are more common and therefore less sought after.

Pearls are found or cultured throughout the world, usually in lakes, rivers or oceans. Such as the South Pacific, the Persian Gulf, the Gulf of Mexico, or countries including Europe, Japan and Australia. The earliest known record of pearl jewellery was discovered with a Persian Princess, who died in 520 BC.

Ancients valued pearls for their magical powers and as symbols of the moon. However, since then they have been strongly favoured in jewellery, the most popular being pearl necklaces. Other types of pearl jewellery include bracelets, rings and earrings, which can all help you benefit from their healing properties.

The June Birthstone Pearl is known as ‘the stone of sincerity’, representing modesty, chastity and purity. They are often popular as wedding gifts. They bring centring and calming reflection, allowing the wearer to balance their emotions. It is believed that pearls help you to connect with the ultimate feminine energy. However, beware as pearls can also absorb negative energy so cleanse often to allow them to recharge.

Physically, they support the solar plexus chakra. They are reputed to be effective in healing health problems relating to the spleen, stomach and intestines.

Pearl birthstone jewellery counts celebrities such as Marilyn Monroe and Angelina Jolie amongst its wearers!

If you or someone you love was born under Diamond, Emerald or Pearl Birthstones, then Psychic Light would like to wish you a very Happy Birthday!

You might also be interested in the birthstone for other months of the year. For example January, February and March, are Garnet, Amethyst and Aquamarine. Or perhaps, July, August and September – Ruby, Peridot and Sapphire. Or maybe even October, November and December – Opal, Topaz an Aquamarine.