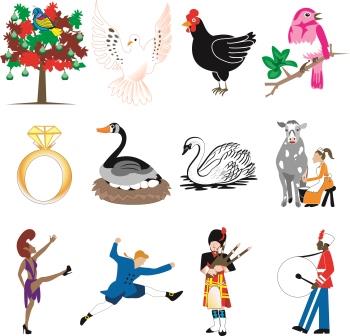 Why not wow your friends, with your weird and wonderful Christmas knowledge? Or if you are making homemade gifts, crackers or table settings, then you could include some 12 days of Christmas fun information on the yuletide season…