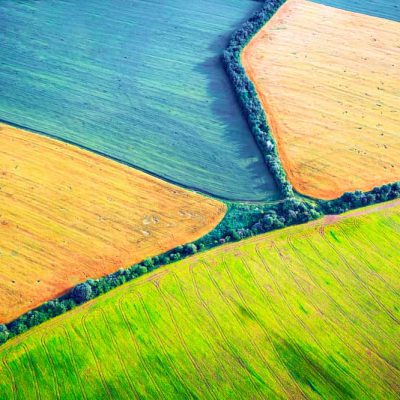 There is a history associated with ley lines. The name was coined, and the modern concept of Ley Lines introduced into common parlance, by writer Alfred Watkins in 1920. The older history and name of ley lines is contained in the word ley. It is an old Anglo-Saxon word, originally pronounced lee, rather than ley. Meaning a straight line between two points in the landscape. Place names like Burnley, Bromley or just Lee, refer to how a place was named in the distant past in connection with a route. Prior to the Enclosures Acts, which began in 1604, lee’s often had common land. Grazing areas, rest areas, possible ritual areas, and inn’s placed along their routes. Watkins proposed that ancient sites and monuments, including modern day ones grafted over older places. We are all connected by lines, globally!

That view was speedily traduced by archaeologists, historians and geologists. However, his ideas did gather some traction with the open-minded. His work remained influential despite the assertions of some academics on the matter at the time. In the 1960’s, the idea that these lines in the landscape both held and transmitted a special energy gathered momentum. This movement was built on much older 17th century philosophy, brought back into more scientific and modern times. Despite academia turning its nose up at what are described as Earth Mysteries. There is an established consensus between all of the different groups of people. Whether approaching from academia or a more mythical perspective. About ancient site respect and preservation, and what are referred to as ritual landscapes, such as Stonehenge.

The existence of non-paved, deeply worn down, narrow and relatively straight tracks. Does tell us about human movement in and relationships with, the environment as we attempt to survive. Research has shown that those tracks existed prior to the Roman conquest. Despite the widely held academic view that only Roman roads were straight. For those who want to know, or just feel it, our Bronze Age ancestors were not running around in circles hitting each other over the head with clubs and puzzling over square wooden wheels. Human culture and even what we call engineering and architecture now, were more sophisticated than previously imagined. The study of ley lines revealed that, and influenced academic thought and exploration.

Our culture is rooted in the modern world, in science and Christianity. The public discourse is dominated by those values, and despite the internet, access to academic research is still limited. So, there remains a mix of science, academia, belief and mysticism in relation to ley lines. What science has shown us, is that we are made of Nano particles. Everything in the universe is made up of Nano particles of energy, and we are the very same substance as the stars, made from the same material. We are not IN the universe; we ARE the universe. Thank you, science! Before science decided that, First Nation Americans had written it into their lore and laws for all time.

If everything is just energy, then is it entirely possible to argue. That ancient paths and trackways might be able to give us access to the energy traces remaining from millennia? By walking the trackway, we might learn how our ancestors saw their landscape. As wll as how to relate to it in order to survive, and then thrive. We endeavour to thrive, that has not changed since the first Homo sapiens went hunting and gathering. Belief is a very human phenomenon. We can and do choose what to believe, and sometimes apparent facts don’t alter belief. This applies to ley lines.

So, the Earth Mysteries movement assigned mystical properties to ley lines, and academia scoffed. They also scoffed at the idea that Bronze Age humans could map a landscape. As well as find shortcuts and plan straight paths. Now we know for a fact, that they did. They may have travelled the world as the ritual sites suggest.

Human beings will describe their experiences, and relating to the natural world is a fundamentally universal human experience. The human spirit is profoundly affected by the energy of the natural world. Both terror and exhilaration, joy and fear, wonder and dread. Mythology, fairy lore, Feng shui, all instruct us about how older societies rationalised and described their experiences through the senses. There are universalities across cultures, and we can learn from other cultures too. There was universal interest in Feng Shui in the 1980’s in the UK. Wicca and other nature-based movements grew in this phase too. Both the older lay lines, and Feng Shui show the value of higher ground for safety.

We think and we feel. So, we can think an environment, but we can also feel it. The whole subject area of ley lines, marries many disparate disciplines. Including the hard to measure and quantify, the individual feeling or experience of a sense of place. The very human experience of trying to get to somewhere else, from where we are, for a wide variety of reasons, and how that is always done better in groups of one kind or another.

Science has been slow to catch up, but psychics, mediums, druids and lots of people without the intention to prove their point of view, experience the world through their senses, want to connect with earth energies, and energetic echoes from the past. It is a fact that we owe our very existence to the successful navigation of the land and all of life’s troubles, to our ancestors. Whether we were born into an Amazonian tribe with no contact with the developed world. Or in a 75th floor apartment in downtown Manhattan, we need to periodically connect to and with the earth. We feel healing when we link with and relate to animals in a non-food-based way. To connect with the other universal truth, that we are all connected, animal, vegetable and mineral. Nothing leaves the universe, it only changes form.

Thank you for reading, Mariah.