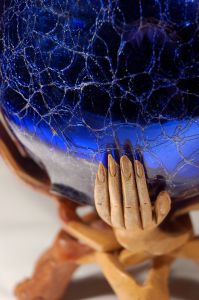 After discussing the history of fortune telling last week, we bring you some different methods of fortune telling that you might not be familiar with. Hundreds of methods have been used over time, as humans have searched for a glimpse of what’s to come, but we have selected a small few to look at in detail.

It is thought that dream interpretation is one of the earliest forms of fortune telling, and has probably existed for as long as we have! It is believed that the earliest recorded attempts to interpret dreams are from Ancient Babylon, Greece and Egypt. At the time, dreams were considered to be a sacred communication with the divine that could deliver omens of the future, and are still viewed in that way today. It has long been thought that dreams can act as warnings of danger or something to come, and some even believe that once interpreted, they can be used to change the outcome of events in the future. These are referred to as prophetic (or sometimes precognitive) dreams. Our dreams can reveal a lot of information about our lives and dream interpretation can tell us whether our dreams have positive or negative meanings.

The human aura is a field of subtle, electro-magnetic energy that radiates around each of our physical forms. It is said that all living things and objects possess an aura and they can be read, just as our palms or faces can be. Auras have been described as a map of thoughts and feelings that surround a person, and can communicate information about your emotions, how you use your mind, and the problems you are facing. There are hundreds of techniques that can be used in an aura reading, from looking at their different colours to their energies.

Tea leaf reading or ‘tasseography’ is a fortune telling method that relies on the interpretation of patterns in tea leaves or coffee grounds after the person has drunk it or poured the drink away. This method evolved in Western culture around the 17th Century after tea was introduced to Europe from China. Most readers claim that the tea leaves form symbols or pictures that can be interpreted, although there are other signs that can be read such as bubbles on the surface of your tea, the positioning of the spoon and if there are tea leaves floating on your tea. It is to be noted that the meanings of the symbols seen in tasseography, can be different to their meaning when seen in a dream. For example, seeing a baby in tea leaves means that you are to face a series of small worries, whereas a baby in dream interpretation means warmth and new beginnings!

Numerology is the study of the special relationship between certain numbers, and observed events. It can also be used to determine a persons path in life, as well as their characteristics, talents and motivations. In its simplest form, numerology charts are used by adding up the digits that make up your date of birth or name. The digits are then added together until a single digit number is achieved. This number then reveals your life path. Numerology can be used in hundreds of different ways and has often been used in the media. Knowing the 2009 Nicholas Cage film, used numerology to tell the story of a professor who is given a piece of paper containing a number code taken from a time capsule at his son’s school. He decodes the message and realizes that the numbers accurately predicted past disasters as well as an imminent apocalypse. Numerology has been popularly used in other events such as the September 11th attacks, where many people linked the number 11 to the shape of the towers, and the fact New York City has 11 letters, causing many to try and find significance in numbers to predict future disasters. Over the centuries, these divinatory arts have consistently and reliably revealed information about humans and their futures. Different methods of fortune telling surround us all the time from horoscope readings in the newspaper to psychic readings on the television. If you would like to find out more about fortune telling then don’t hesitate to give Psychic Light a call. Many of our readers are talented in many different methods of fortune telling so check out our reader profiles and see which suits you best!